Acting Against the Rise of Health Sects: A Non-Partisan Issue 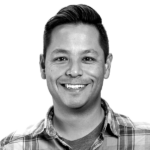 On any given day, while checking out social media (pick a channel, any channel), I’ll scroll into the collision of health and politics. Sometimes it’s the expected; national issues like vaccinations, women’s reproductive rights, or gun violence. Other times, it’s more subtle and surprising. Moving fluidly from an Instagram story with criticism of an elected official to a quote about stoicism to an enthusiastic invitation to an “alternative” health event. The ties that bind are the anti-science sentiment, distrust of experts, fiery belief in individualism (individually, anything is possible!), and a renewed national interest in wellness that came with the pandemic.

All of this supports the fourth prediction in Joe Public 2030, The Rise of Health Sects. This prediction paints a future in which companies deliver and consumers seek care that aligns with their political beliefs. Somewhat (only somewhat) tongue in cheek, the chapter on this prediction with a description of Liberty Land Clinics, a company that lets its patients choose care options based on Liberty Land’s internal research. At Liberty Land, vaccines are based on “alternative” s­cience and personal choice is much more important than the opinion of a doctor. In this future, there is a market (and profit) for political healthcare practices. More on the prediction:

Challenges to and skepticism of the mainstream medical field and science itself have exploded in the past two years because of the pandemic and political tribalism in the U.S. Anti-vaxxers, non-maskers and Covid deniers are just the start of an expansion of this distrust of experts, which taken to its potential end could result in multiple “health sects” – primary “schools” of medical thought that coalesce around political/world-views. Imagine “Mainstreamers,” who follow the establishment healthcare point of view, “Progressives” who follow minimal medical intervention combined with complementary and alternative medical solutions, and “Contrarians” who deny mainstream medical thought and create their own set of “alternative facts” on everything from vaccines to childbirth to end of life care, and everything in between. These sects will not only follow the medical thinking that best fits their world-view, they may in fact create their own reality through alternative research, diagnosis and treatment approaches, and models for the delivery of care itself.

While we could disagree the extent to which this prediction may come to fruition is unclear, no one can deny we’re already living the reality. For example, the backslide in opinions that vaccines are accepted as safe is matched with the pursuit of unproven methods for preventing diseases that have far worse effects than the disease itself. This isn’t just COVID-19. The CDC found an overall drop in childhood vaccine rates, including 20% for measles, and the AMA reports that 75% of adults are under-vaccinated. While under–vaccination may not be a new trend, I don’t think it would surprise anyone to see the numbers are becoming worse.

And it’s just not just less–educated individuals; according to a physician quoted in a recent New York Times piece, the trend literally includes rocket scientists. The article provides insightful commentary on the complexity of the individual mindset:

Although it is convenient to refer to anti-vaccine efforts as a “movement,” there really is no single movement. Rather, disparate interests are converging on a single issue. Many reject the “anti-vaccine” label altogether, claiming instead to be “pro-vaccine choice,” “pro-safe vaccine” or “vaccine skeptical.” For some, there may be a way to make money by pushing the notion that vaccines are dangerous. For politicians and commentators, the “tyranny” of vaccine mandates can offer a political rallying cry. For states like Russia, which has disseminated both pro- and anti-vaccine messages on social media in other countries, vaccines are another target for informational warfare. For conspiracy-minded private citizens, vaccine misinformation can be a way to make sense of the world, even if the explanations they arrive at are often nightmarish and bizarre.

In Joe Public 2030, eight factors reshaping the politicization of health are discussed.. And while some factors (such as individualism) may be out of our hands, it doesn’t mean we have to sit on the sidelines.

While the average consumer is willing to accept advice and influence from people without true medical expertise, every health system and healthcare organization can elevate itself to counter this disturbing trend. At the core, healthcare organizations are experts, and we should be developing and maintaining trust so consumers turn to us for guidance on all health matters. But of course, that’s easier said than done, as evidenced by accomplished people like Michael Lewis and Jonah Berger tackling the topics of distrust in experts and changing minds.

Don’t know where to start? Here are some suggestions:

After reading all that, it’s understandable if you’re questioning whether you have the resources to pull it off, or if you even should. At Revive, we think it’s a mandate. Health sects and the politicization of health threaten both your mission and your bottom line. Taking action is a non-partisan issue.

Standing up to the rise of Health Sects

We love the Wall Street Journal.  How did they get the story so wrong?

The Funnel Wars: An equal battle?