GameStop Reminded Us (Again) That People Have the Power. Don’t Ever Forget It. 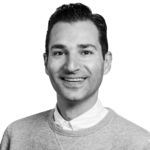 Did you catch the big fight last week? No, not the one where Conor McGregor destroyed Poirier’s fist with his face and reminded us why he’s a better marketer than a fighter.

Did you catch the big fight last week? No, not the one where Conor McGregor destroyed Poirier’s fist with his face and reminded us why he’s a better marketer than a fighter.

I’m talking about the other title fight. The one where a band of Redditors turned the tables on the Whales of Wall Street, using their collective muscle (and ingenuity!) to stick it to the hedge funds that they see as a gang of thieves who have looted America with impunity for decades.

If you’ve somehow missed the story, catch up here.

The forty-five-second version: hedge funds have bet big on GameStop to fail, shorting the company’s stock for a massive payoff at its expense. DIY stock market sleuths on Reddit, the internet’s biggest discussion forum, got smart to the bet. Fueled by rage and opportunism, they started buying up the stock and holding it, squeezing the shorts by cutting off the available stock supply. Their vigilantism caught on, growing into an army of millions eager to bring a Goliath to its knees – and make a buck while doing it.

The saga is far from over, but so far, it has cost hedge funds billions. Melvin Capital, the biggest bettor against GameStop, needed a $2.75 billion bailout to survive its hemorrhage.

So, what does the Reddit Revolt against Wall Street have to do with healthcare?

Set aside the drama, and the real story has lessons that all brands should heed. Ordinary people, brought together by a common grievance, used technology to find each other and join forces to bring the powerful to their knees.

While hive strength isn’t new (remember when K-pop Twitter co-opted white nationalist hashtags to drown out hate-filled messages online?), its punching power reached new heights with GameStop. Millions mobilized seemingly overnight. They put their own money on the line, showing remarkable unity and discipline in their need to punish those they saw as wrongdoers.

The practice of shorting companies is not new. Some find it distasteful – maybe even predatory – but it has been around for years.

That the stars “magically” aligned and ignited a massive response shouldn’t be entirely shocking in our current social climate.

We are living in angry times.

COVID-19 has wrecked lives and upended the economy. It has also made the uber-rich somehow a lot richer. Civility is dead. Our politics are bitterly divided. Racial inequity is still thriving.

This fuel can ignite an explosion.

There’s always been a strength in numbers. Your brand might have even experienced this strength in the past. Maybe through strikes or protests, angry calls and letters, or bad reviews. While such instances may feel like crises, their scale is minuscule.

With ubiquitous online tools and platforms, and anger as a common bond, people can organize to scale their strength at lightning speed and leverage it with incredible force.

This is the landscape brands must navigate today, knowing they can find themselves the target of swift punishment for perceived offenses – whether that be hospital closures, vaccine deployment fumbles, inequitable policies, or executive pay.

While there is no path to immunity, brands can do plenty to reduce their risk of inciting revolt (and maybe even do better by their customers in the process).

It starts with an honest examination of existing practices and legacy issues that have likely always felt problematic but have somehow stuck around or remained unaddressed.

Now is the time to rethink your priorities. Tradition, logic, or sound financial reasoning likely shaped your brand historically, but those pillars alone cannot govern your brand today.

Decision making should center on the interests of the people you serve. If an activity serves your brand at the expense of its people, it might just be a matter of time before Redditors rise up to course correct.