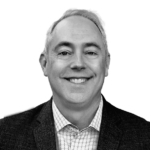 We first identified the trend in 2018: A noticeable jump in scrutiny of hospitals and health systems related to their role in the growing cost of healthcare in the U.S. There were more and more news stories from sources such as Axios and the Wall Street Journal. The annual Rand report on hospital prices stirred the pot. Health plans were more aggressive in negotiations. The Centers for Medicare & Medicaid Services (CMS) enacted a regulation demanding hospital price transparency (as well as for health plans). We called it the “value crisis” – in economics, value can be defined as an equation of benefits over costs. In this trend, hospitals were receiving often undue criticism for cost with little or no discussion of their benefit to the communities they served, leading to an underestimation of their overall value. While the clamor quieted a bit during 2020 when the COVID-19 pandemic first hit, we still included “increased price scrutiny” as one of five long-term trends exacerbated by the pandemic in our 2020 consumer trends report, The End of the Runway.

Now, the Value Crisis is back, and with a vengeance. And it comes at a time when hospitals and health systems are the most vulnerable. Finally, however, some systems are fighting back.

If the focus on hospital costs in 2018 was a rising flood, then today’s health systems are facing a tsunami of negativity. Gone are the parades and the “thank you heroes” accolades of 2020, replaced instead by criticism from all sides. A series from The New York Times called “Profits Over Patients.” National Public Radio’s story “Diagnosing Debt” contrasting “big profits” and patient medical debt. StatNews, HealthAffairs, The Wall Street Journal, The Rand Report – the list goes on and on. Then, there’s the current administration’s fixation on fighting merger and acquisition activity in the health system space, along with many states, such as in North Carolina, where the state treasurer has called state health systems a “cartel.” The scrutiny on the non-profit status of health systems has reached fever pitch, with stories like this from The Wall Street Journal. Add the echo chambers of Twitter and LinkedIn, and it seems a week can’t go by without a new firestorm on hospital and health system costs.

In truth, some of the practices and financial strategies of health systems deserve scrutiny – many times hospitals aren’t helping their cause by targeting low-income patients with aggressive collection practices, or funding over-the-top executive pay. The problem with the “value crisis” is not that there isn’t room to improve for health systems when it comes to cost issues – it’s both that there is seemingly little discussion of the broader value these organizations deliver in their communities, and the dearth of attention on those players who play an equal or greater role in the healthcare cost spiral in this country, such as health plans and pharma companies. Perhaps worse yet, this fast-accelerating Value Crisis comes when many health systems are in dire financial straits.

You would think calling out health systems for egregious profits and financial practices would be tempered given the current situation providers face in the U.S. It’s no secret that the financial challenges facing hospitals and health systems is the worst it has been in decades. Quarter after quarter, performance of health systems from all sizes are showing significant quarterly losses. From billions of losses at some of the largest health systems nationally, to just as significant multi-million-dollar losses at small and midsize systems, the quarterly losses are astounding and unsustainable. Some systems risk triggering bond covenants that could move them into receivership. Credit ratings agency Fitch Ratings recently lowered the outlook for the hospital sector to “deteriorating.” Supply chain issues and inflation. Skyrocketing labor costs. Lower capacity caused by staff shortages leading to suppressed volumes, leading to lower revenue, leading to layoffs. A tanking stock market crushing institutional investments. And unrelenting pressure on reimbursement rates from payors. Astoundingly, according to Modern Healthcare, the number one source of bad debt for hospitals is now commercially insured patients, who, facing growing co-pays, co-insurance, and annual deductibles of thousands of dollars, are unable to pay their medical costs. In 2021, this group represented 58% of bad debt for hospitals, up from just 11% in 2018.

Yet, despite all of this, health systems are being called out more and more as the villains of the healthcare system in the U.S. And there’s no calvary coming around the corner.

Standing Alone in the Storm

One of the biggest challenges for health systems facing this barrage of negativity is the sector’s struggle to stand with one voice. For whatever reason, hospitals and health systems have been unable to collectively drive messaging showing that while there are cost issues, to be sure, the overall value provided by these organizations far outweighs the negatives. And further, that more should be done to challenge those companies, such as health plans, whose overall value contribution to the U.S. health system is in question (in just one example, UnitedHealth Group saw a $12 billion profit in the first half of 2022.). While health plans and pharma companies have successfully pushed a narrative over the past few decades to downplay their role in the outsized cost of healthcare in this country, hospitals have failed to do the same. At Revive, we’re working to build a national coalition of systems to combat the Value Crisis at long last. In the meantime, it’s up to individual health systems fight the good fight, and some are taking matters into their own hands.

We’re working with more and more clients who are seeking to combat the negativity in their markets by delivering clear messaging on their value contributions to key community stakeholders, including employers, politicians, media sources, and consumers themselves. We said it in our End of the Runway report in 2020, and it’s worth saying again: Don’t wait until you are highlighted in the next Rand report, are the focus of a negative local news report on a surprise bill, or are sitting down for payor managed care negotiations, to defend your value. The winners in the value conversation will proactively turn the issue of value from a negative to a positive. Your value as a health system shouldn’t be reduced to the high cost of a surgical procedure or a surprise bill. A better measure is your investment in the community, the number of workers you keep employed (even in the face of financial distress), or your work around social determinants of health. Flip the script and proactively engage key audiences about the value of your system to the community (rather than the price of care) using a sustained, comprehensive, and investment-focused campaign customized for all your key constituents.

No matter what steps you take, there is no time to lose in defending your organization against the overplayed and often unfair scrutiny in the market. Your brand reputation is likely already suffering from the blows taken by the industry – you need to take a stand and remind your community the true value you deliver.

For more information on how to combat growing negativity aimed at hospitals and health systems, or the national coalition we are developing, contact Ryan Colaianni at rcolaianni@reviveagency.com.

Statistics may be pliable, but the truth (about hospitals) matters