Negotiating in 2019? Here’s What You Can Expect 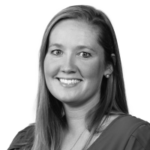 Year after year, negotiations between payors and providers grow increasingly challenging. Even single-digit rate increases are being met with obstinate resistance, requiring a level of resilience rarely needed just five years ago.  2019 promises to be a very challenging year.

While so much of the year ahead is uncertain from a policy and regulatory perspective, one thing is for certain: securing the right rates from payors, especially the heavy hitters (BHUCA and now Centene) will be harder than ever.

Over the last few years, we’ve discussed the widely-used negotiation trend “terminate to negotiate.” You can expect this trend to continue in 2019. If a provider wants to negotiate an outdated contract, the payor requires the provider to terminate the contract and likely endure a period of time OON. This way, payors can force providers into a corner, knowing they want to avoid putting their patients out of network if at all possible, and the payor gains massive leverage in the negotiation.

Hospital executives must know their own board and C-suite appetite for termination and OOn, even if the goal is a single-digit rate increase. However, after termination has been issued, payors won’t necessarily make any adjustment in their offer. The short-term negative impact of an out-of-network scenario hits providers harder. Payors know that — and payors don’t have a lot to lose up-front.  So OON plays to the payor’s advantage in the short run, and that’s the very scenario most providers seek to avoid.

Public disputes continue to be nearly impossible to avoid. Payors hope providers will buckle under the public scrutiny of looming out-of-network status. Without a doubt, payors will lean on the myth that they are fighting to “keep healthcare affordable” for their members. If not careful, providers can find themselves on the losing end of a public dialogue if they fail to control the narrative. Time is of the essence when a provider or health plan issues the notice to renegotiate the contract, or when the actual contract is terminated. The first organization to communicate will set the narrative. Successful negotiations require providers to educate key stakeholders early and often.

Of the contracts we saw terminated last year, many resulted in the hospital going out of network with the payor in question—some for as little as a few days, some for as long as months before an agreement was reached. To the payor, it’s a game of chicken, and they expect the providers to blink first. There’s no denying that out-of-network is a difficult valley to traverse; for some it’s unchartered territory. However, for hospitals committed to getting the right rates that help secure a more financially sustainable future, this is a very real possibility for which they must prepare.

Payors have found another way to make things even more difficult for providers during negotiations, in hopes that the providers will cave and take the demanded pay cuts. More and more patients are starting to receive checks directly from their insurance company without the clear expectation that they are supposed to turn all of the money back over to the hospital to pay for services rendered. This action not only gives the patients further responsibility, but in many cases, hospitals never see a dollar of that money. It forces the provider on a proverbial wild goose chase for the money owed to them, which often times has already been spent on (fill in the blank, but many report a surge in flat screen TV purchases or maybe this is just an urban myth). The director of medical ethics for New York University’s School of Medicine agrees that this approach is outrageous: “I’m not surprised that there are misuses —and I’m enormously surprised that anyone would think this is a doable approach.”

Another trend we have seen more often recently mirrors the concept of “bait and switch” tactics. In the earlier stages of negotiations, payors give the impression that they will negotiate in good faith and have every intention of working collaboratively with the providers. Both sides seem to be making meaningful progress, and it is assumed that a fair deal will be reached before any disruption to patients. The payors continue kicking the can down the road, dragging negotiations on for months (or even years), until the final hours when they make a massive backpedal. Caught off-guard, the providers are not prepared for a public negotiation, and it’s too late to utilize their audience to put pressure on the payor. (Many times, this can is kicked clear-past open enrollment.) Payors are hedging their bets that after so much discussion—and having been so close to an agreement—providers will cave to the new (worse) offer, just to get a deal done and avoid an out-of-network situation and risk patient leakage.

We continued to see strategies and intelligence shared across state lines in an unprecedented manner last year. There is no doubt these tactics will continue to be pervasive in contract negotiations in 2019 as payors share their playbooks even across company lines.

It’s critical that providers do their homework, and they must start early. Gone are the days when successful contracts can be achieved in a matter of a few months. Internal stakeholders must be properly educated and aligned, and external stakeholders must be educated, engaged, and activated. A full-scale communication strategy and activation plan must be developed and effectively executed in order to win. And that takes time. Lots of it. At least 180 days. Remember, time is the one thing you can’t get back. So, once terminations are issued, time is of the essence, and only those who have fully prepared for what’s coming will be on the right side of the negotiations.

Revive is a full-service agency built to help you thrive. We know the business of healthcare inside and out, and are ready to help you tackle even the most complex problems.

In the next era of No Normal, the stakes will be higher

Lessons from outside brands shifting amid COVID-19