Statistics may be pliable, but the truth (about hospitals) matters 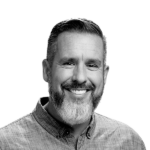 We all know the saying, “the road to hell is paved with good intentions.”  Well, the recent editorial in STAT by Elizabeth Mitchell and Mike Thompson may have been well intended, but it paves a road that leads to only one destination. After reviewing the editorial, a more appropriate quote from Mark Twain applies: “Facts are stubborn things, but statistics are pliable.”

Mitchell and Thompson attempt to place the black hat of the villain on the hospital industry, and they point to many of the same statistics that health plans use to villainize hospitals, physicians, and other healthcare providers as they seek to compress payment rates to their own benefit.  In the article, they point to price increases over the last 32 years, the increasingly unaffordable nature of hospital care, and the astonishing, surprising, shocking (shocking!) fact that hospitals charge more than Medicare for services provided to people with commercial insurance.  And of course, the main point is to attack the consolidation in the hospital industry. The data that Mitchell and Thompson are referring to are hospital gross charges. Data from the Bureau of Labor Statistics published by Altarum shows that since 2014, Medicare has increased their payments to hospitals by an average of 1.2% per year, Medicaid has increased payments .9% per year and commercial insurance rates have increased 3.5% per year. That means, regardless of what the hospitals gross charges show in their Medicare Cost Report, which appears to be the source of data for the editorial, on average, hospitals net prices have only increased by 2-3% per year since 2014 which barely covers the increased cost of supplies, drugs and personnel.

Focusing on hospital consolidation in the face of almost total payor control of the healthcare system is like using your fire extinguisher on the chicken coop while your house burns.  It makes no sense.  No. Sense. Period. The authors ignore the relationship between a hospital’s ratio of reimbursement-to-cost and the ability of that hospital to survive. Hospital boards are forced to give up their precious independence because they have no other choice but to accept commodity rates from the insurance companies with huge market power as stand-alone facilities.

These below-market rates cannot support the hospital’s ability to meet their community need for high-quality, accessible services. Thus, many are faced with the option to either close their doors or consolidate with a larger system that has the ability to negotiate fair prices from the oligopoly of private payers. A study by the Center for Healthcare Quality and Payment reform reveals that the primary reason hundreds of rural hospitals are closing: “The largest causes of losses at the smallest rural hospitals are low payments from private health insurance plans and patient bad debt.”

Claiming that hospitals “overcharge” customers behind a “veil of secrecy” is an interesting way of talking about the payment rates negotiated between powerful payors and the hospitals who provide actual care to people, and the legal requirement to protect those trade secrets to prevent anti-trust issues.  Of course, the transparency rules will change that in the future, and I’m sure the payors are licking their chops at the even-greater advantage they will have to drive down rates and put even more pressure on hospitals – to their own financial benefit.

We particularly appreciate the author’s transparent attempts to distinguish between frontline workers and “health care’s corporate leaders.”  It is so crass to dismiss the incredible sacrifices made by frontline workers, but equally crass to dismiss the massive sacrifices made by hospitals and health systems across the nation during COVID – caring for everyone regardless of their circumstances, suspending all the services that generate profit, and putting their communities first.  There was a moment for payors to demonstrate that they care, that they have even a tiny heart for the people they claim to serve, and they didn’t.  They never do.

Are hospital prices going to increase?  Regrettably, yes. There is no choice. The impact of inflation hits all of us hard, and hits businesses very hard when they are forced to raise their prices.  No one wants to pay $18 for a burrito, as the New York Times reports. Yet, hospitals are impacted in a way few businesses are – wages are rising even faster than the nasty inflation we all endure, and hospitals must purchase pharmaceuticals and other clinical supplies from global conglomerates that are raising prices beyond any reasonable rate. The impact of inflation on hospitals is 1.5x to 2x the impact on the rest of the economy. More than 50% percent of the hospitals in the country have negative operating margins, and some estimates are over 60%.  The choice they are faced with are raise to commercial prices or to reduce access to care by closing services and facilities.

And why must hospitals raise prices that will impact what commercially insured people pay?  Why are Mitchell and Thompson outraged? We all know why. The Medicare program, which covers 18.4% of Americans and Medicaid which can represent 10-30% of the population of a state, do not cover the cost of care for its members. The government admits that the average hospital had a 12% loss on every Medicare patient. We believe this is conservative since the government’s data is based on the Medicare Cost Report that was developed in the 1970’s and does not reflect the actual costs hospitals incur at the bedside e.g., the costs associated with retaining physicians to provide care to the patients. Actual losses on every Medicare patient treatments are higher, and likely nearing 20%. Congress has determined that it is politically expedient to keep Medicare payments to providers well below the cost of care, so they don’t have to raise taxes.

Finally, the editorial was conspicuously silent about the commercial payers that captured 19% of the premiums for their service and record profits and capture drug rebates in the range 20%-30% of the cost of the medication though their PBM affiliations (calculated from CMS MLR database).  If employers and groups like those represented by Mitchell and Thompson are serious about improving the healthcare system, why would they ally with the health plans driving up costs for consumers and employers alike while adding no material value? Perhaps focusing on massive Medicare and Medicaid underpayments, and reducing the need for cost shifting, would be a better option. Or better yet, have hospital-haters come work in a health system versus their ivory towers and learn the true facts about the industry.