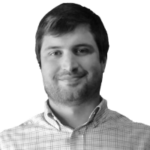 At the beginning of 2020, few thought we’d be engulfed in a global pandemic and quarantined with our lives turned completely upside down. Even in the midst of all that, one thing people did know was that election season was fast approaching and contentiously volatile. Now that it’s over and states have confirmed votes for President-elect Joe Biden, we need to take a look at what that means for the American healthcare ecosystem as a whole. Here are some thoughts as we move into 2021:

The election results produced an even more divided government than we had prior to Election Day. A quick breakdown shows a Biden presidency, a narrowly Democratic house, and a Senate likely to be Republican by a single vote or possibly 50/50 split with Vice President Kamala Harris as the tie breaker. Even in the last scenario, Senator Chuck Schumer would have to have unanimous Democratic support for any legislation, which will be very difficult to maintain given a likely moderate to progressive split in the Democratic party. The changes are dependent on how the Georgia Senate races shake out. The outcome of the January runoff will also play a major role in what the second wave of stimulus money will look like.

Even with the potential shake ups in Congress, additional stimulus is on the horizon. Stimulus packaging is in the $2T ballpark with a split 50/50 Republican to Democrat Senate, but if a 51/49 split toward Republicans, it will be less. Either way, more stimulus will be good for consumers, hospitals, state governments that fund Medicaid and local governments that fund public health programs. With many health systems returning CARES Act and Medicare Advanced Payment funds, there will surely be more scrutiny in the next round of distribution.

It’s no secret that payors have enjoyed record-breaking profits this year. Payors have been able to store up cash due to lower-than-normal Medical Loss Ratios because of delayed care related to the pandemic. With the expansion of telehealth and virtual care benefits, increased elective care volumes, and a vaccine on the horizon, it’s not likely payors are going to share the wealth. We are seeing very aggressive behavior in contract negotiations across the country by payors looking to cut rates substantially. They are preying on healthcare providers in a weakened financial state and forcing them to take cuts that are unsustainable because they can’t afford to have their payor mix diminished. This type of financial pressure will continue until the middle of 2021, or at least until the COVID-19 vaccine becomes widely distributed.

A successful plan for vaccine administration is key for health systems and providers to move into a post-pandemic America. Revive’s consumer survey shows there is an opportunity for providers to get more buy-in from their patients and to ease fears or uncertainty surrounding the vaccine. Health systems have the chance to take the lead and maximize upon the tremendous amount of goodwill shown for frontline healthcare workers right now.

With an economically turbulent year, we’ve yet to see much system or hospital consolidation as a result of the pandemic. However, mergers and acquisitions are expected to rise significantly post-pandemic. The unfortunate reality is that there will be some hospitals and provider groups that won’t be able to sustain the financial impacts from the pandemic. There is every reason to expect the Biden administration will have an antitrust posture similar to the Obama administration. This is in contrast to legacy Republican administration posture toward antitrust that consolidation is great and without problems, and the Trump administration posture toward antitrust which has been unpredictable. This should mean relatively good news for hospital or provider consolidation and almost certainly bad news for any further large-scale payor consolidation.

The Biden campaign had two big plans for healthcare that should be of concern to health systems; 1) lowering the Medicare age to 60 from 65, and 2) preserving the Affordable Care Act (ACA). Even if Democrats win both seats in Georgia, that still doesn’t increase the odds that Medicare expansion legislation will pass. Progressives don’t view it as being enough; moderates think it’s too much; conservatives oppose it all together. This would create additional financial burdens given that Medicare already offers low rates, and most payors base their contract rates off Medicare’s fee schedule. Another concern for health systems surrounding the election and the recently appointed Justice Amy Coney Barrett is whether or not the ACA would be overturned. Given arguments heard by the Supreme Court in November, it seems unlikely that the ACA will be overturned. Even though President-elect Biden is likely to let both Medicare and the ACA stay the course until mid-term elections in 2022, this is still something we need to watch.

While the American healthcare ecosystem still faces its challenges, the opportunities to move forward are there. Ultimately time will tell, and managed care teams should keep their ears to the ground and stay in close contact with their government relations teams in the meantime.

Price transparency rule: hope is not a strategy