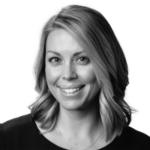 For the past decade, there’s been much speculation about the impact of high deductible health plans (HDHP) on the rising costs of healthcare. Large companies flocked to them in 2009 to help alleviate the cost burden of the new employee coverage requirement, and consumers embraced them because, well, they had to. But just how effective have HDHPs been at slowing the healthcare spend and what’s in store for the future?

From an employer’s perspective, for some, HDHPs are living up to the hype and reducing healthcare costs. But for others, like JPMorgan Chase, they are rethinking HDHPs altogether because of their negative impact on employees’ healthcare spending. Despite where an employer stands, these cost-sharing plans are continuing to grow in popularity. In 2018, 45.8 percent of covered workers were enrolled in a HDHP.

Proponents of HDHPs claim these plans encourage consumers to take more responsibility for their health, helping to curb spend by making more cost-conscious decisions when seeking medical care. Unfortunately, this is not always the case. According to Kaiser Family Foundation, 43 percent of insured patients say they delayed or skipped physician-recommended tests or treatment because of the high associated costs. The reality is, consumers are thinking twice about spending money on care they deem “unnecessary.” This behavior, in turn, hinders early diagnosis and can result in increased cost for the management of chronic conditions – ultimately, costing the healthcare system more in the long run.

Providers are dealing with the repercussions too. Over the years, HDHPs have been a growing contributor to providers taking on bad debt. Because the burden of payment has shifted from government reimbursements and commercial payers back to consumers, consumers are now on the hook for more of the hospital bill. Boston Children’s Hospital reported $65.2 million in unpaid collectibles in fiscal year 2016. That was up from $44.5 million in 2015 and more than doubled from what it was in 2012. This increase corresponds directly to the number of patients with high deductible plans who aren’t able to afford the out-of-pocket fees.

Despite these effects, it’s safe to say that HDHPs are here to stay. As healthcare spending continues to grow – predicted by the Centers for Medicare and Medicaid Services (CMS) to outpace GDP growth and rise to 19.4 percent by 2027 – high deductible plans will continue to increase in prevalence. Additionally, employers will continue to look for ways to shift costs onto employees as one way to avoid paying the Cadillac Tax – now proposed to take effect in 2025 – contributing to the plan’s popularity.

So, what does the future hold for organizations affected by HDHPs?

Savvy providers are adapting their billing and collections practices to include new processes such as point-of-service collections, medical bill financing services, and an improved focus on consumer education to help offset the effects of HDHPs. Hospitals are also revisiting their charity care plans, incorporating patients who have insurance but are unable to afford the full deductible to pay for their care. And finally, many providers are incorporating cost information into their discussions with patients, which has been shown to increase payment collections and patient satisfaction.

As the industry continues to shift its focus to value, one policy directed at slowing healthcare spend and curbing unnecessary care may be value-based insurance design. Plans using this design would incentivize services with clinical evidence that shows the service can improve outcomes and reduce costs. Patients would pay less for higher-value treatments and more for lower-value treatments. These value-based insurance design plans would better align deductible and copayments with the value of health services.

One thing is certain – more change is to come. Now more than ever, strategic decision making and collaboration between providers, health plans, and policymakers is needed to shift the tide.

The future of content is connected: telling impactful stories with social data